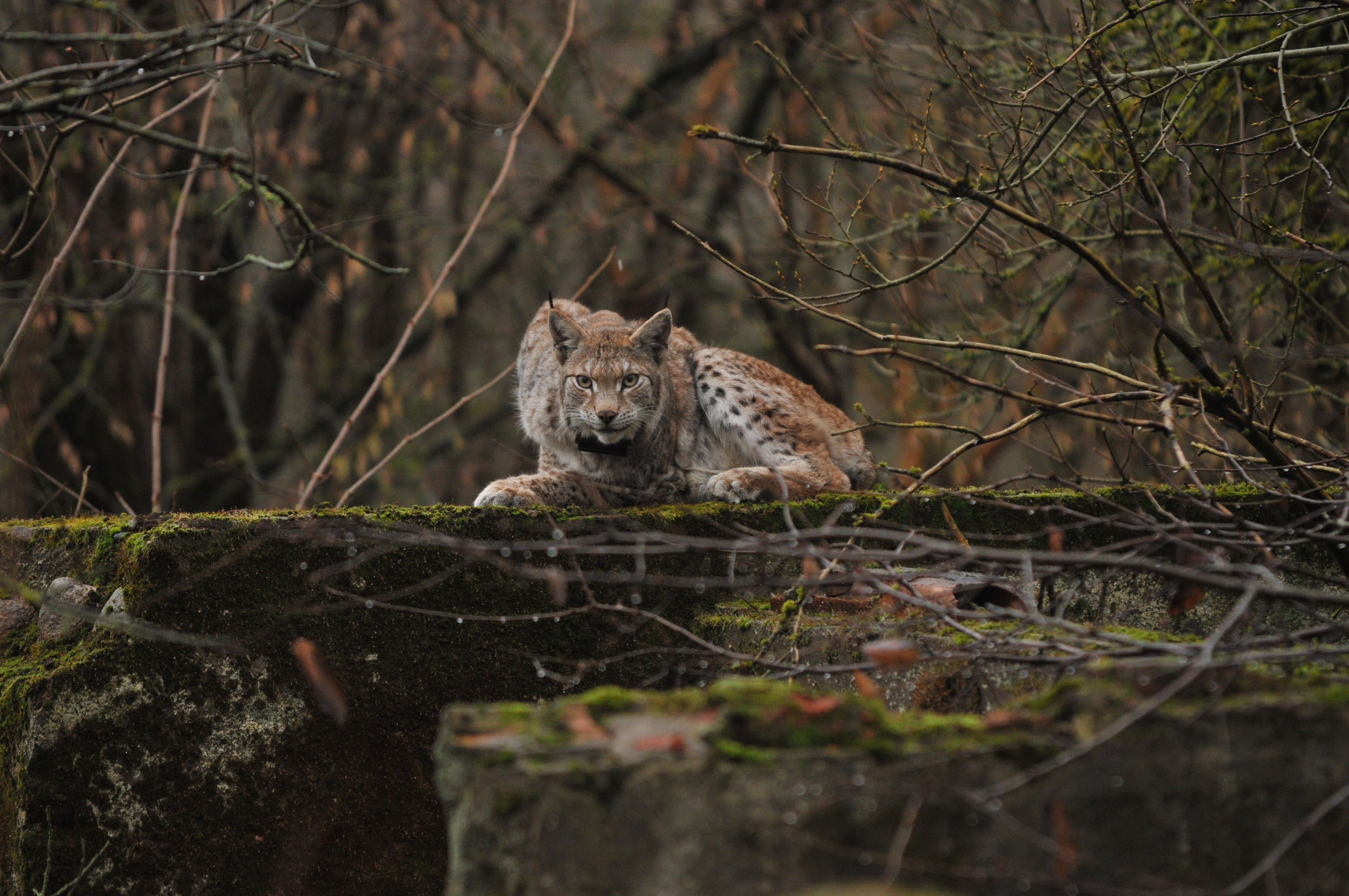 Azjatka as 1 year old cat was set free October of 2020 in part of a project hold by ZTP „return of lynx to nothernwestern Poland”. She adapted to environment without any problems and her hunting success were tracked thanks to telemetric collar.

During spring of next year, we were happy to confirm that our cat gave a birth to three kittens. Azjatka was ideal in role of being a mother, who watch over her youngs. Most of the attempts finding her with kittens were only a „drive trought the forest”

Besides crew members of ZTP, care over Azjatka and her younglings was also a task of employe of Forest District of Złocieniec – Andrzeja Bejgera

After 1,5 year, came the time of replacing collar, because previous one stopped working. During the replacement of collar for Azjatka, we discovered that she is infected with Mange! Unfortunately, from previous experience, we know its a serious disease, that in long period of time, is capable of weaken the animals body and its direct reason behind his death. Azjatka received appropriate medicines, yet still decision about proceding with treatment wasnt made due to the fact that she have 3 small kittens, that couldnt survive on their own – they were still 7 months old

Unfortunately, we were also aware that kittens might be infected as well, but if they are still not, its only matter of time. We took attempts of recovering Azjatka in the wild amplifying medicine from applicator, but this method didnt work. Sickness started to spread more and we were worried that younglings might be already infected. It was getting worse and worse, they became weaker and started to lose hair.

We decided to rescue whole family. All alone they had no chance of survival. This task was more complicated than we expected,  but previous experiences and abilities allowed us to make three succesfull rescue actions (they were more attempts). We could always count on help from Mr. Andrzej, that knew local terrain like his own pocket and also habits of Azjatka. First kitten was recovered around beginning of February current year and next one one week later. Those were two females. Both were sent to rehabilitation centre in Stobnica, where immediately they were received appropriate treatement.

Two weeks after recovery of younglings, we caught  Azjatka , that also was sent to the same rehabilitation centre in really bad physical conditio.Unfortunately, we didnt manage to save third kitten of Azjatka.

Treatement took several weeks, that turned out to be succesfull. Whole trio is fealing well and return to nature. Yesterday (07.04.2022) all three of lynxes were equipped with telemetric collars and set free to the previous place – their home! Daugthers of Azjatka were named Asia and Anabel. We will continue to monitor their lifes in the wild. Soon both Asia and Anabel will leave their mother and set themself somewhere else, maybe even in neighbourhood near Azjatka.

Words of thanks to Andrzej Bejger and WWF Poland for cooperation!