Summary of past work of the project 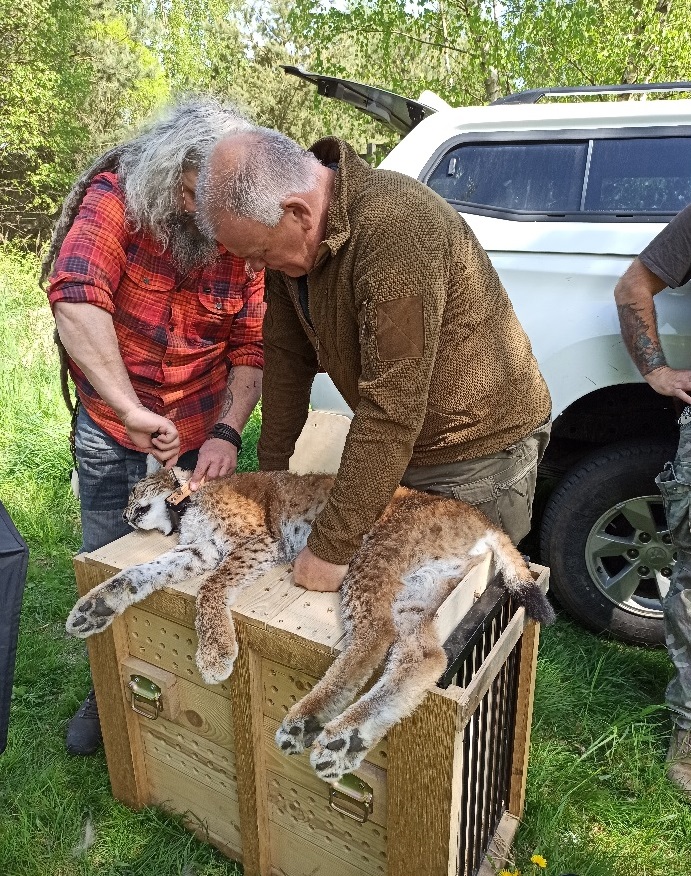 ZTP began releasing lynxes to northern-western Poland after over 300 years of absence on those terrains. This task was possible thanks to endowment from program od Operational Infrastructure and Environment – Project POIS.02.04.00-00-0143/16 „Return of lynxes to northern-western Poland”. Contribution to this project was covered by WFF Poland and recently we received support from Polskie Towarzystwo Ochrony Przyrody „Salamandra” from means donated for threatened species by shop chain „Biedronka”.

At the beginning of the project, it was assumed that 20 lynxes will be set free, that were brought from breeding centres, from the wild or acquired from own breedings. But during realization of the project, it turned out, that the best chance to bring as many lynxes as possible is trought breeding centres. Thanks to this method, in less then 4 years, we manage to release almost 70 lynxes! Chosen individuals qualified to be a part of the project were choosed based on genetic research, whihc results must confirm they affiliation to baltic population.

Because during the project,  surpassed previous assumptions, additional financial support was very important. On the photo, there is new off-road vehicle Mitsubishi L200, which made work of our team much easier

Lynxes after being brought to Poland are sent to adaptation yards, were they are trained and after accomplishing it, they are set free by releasing yards. System of Yards was created during the realization of the project

All of the Lynxes before being released, they  receive telemetric collars, that allows them to be monitored. We are especially keep on eye on tchem in first months after setting them free, to check if they are capable of hunting for food. In case of emergency, our Emergency Service for Lynxes is ready. We will write about this crew in future articles

First lynx for released in january of 2019 and last one in previous Tuesday. In the wild, from the beginning of reintroduction, around 30 kittens were born and season from births is still on!

Summary of past work of the project