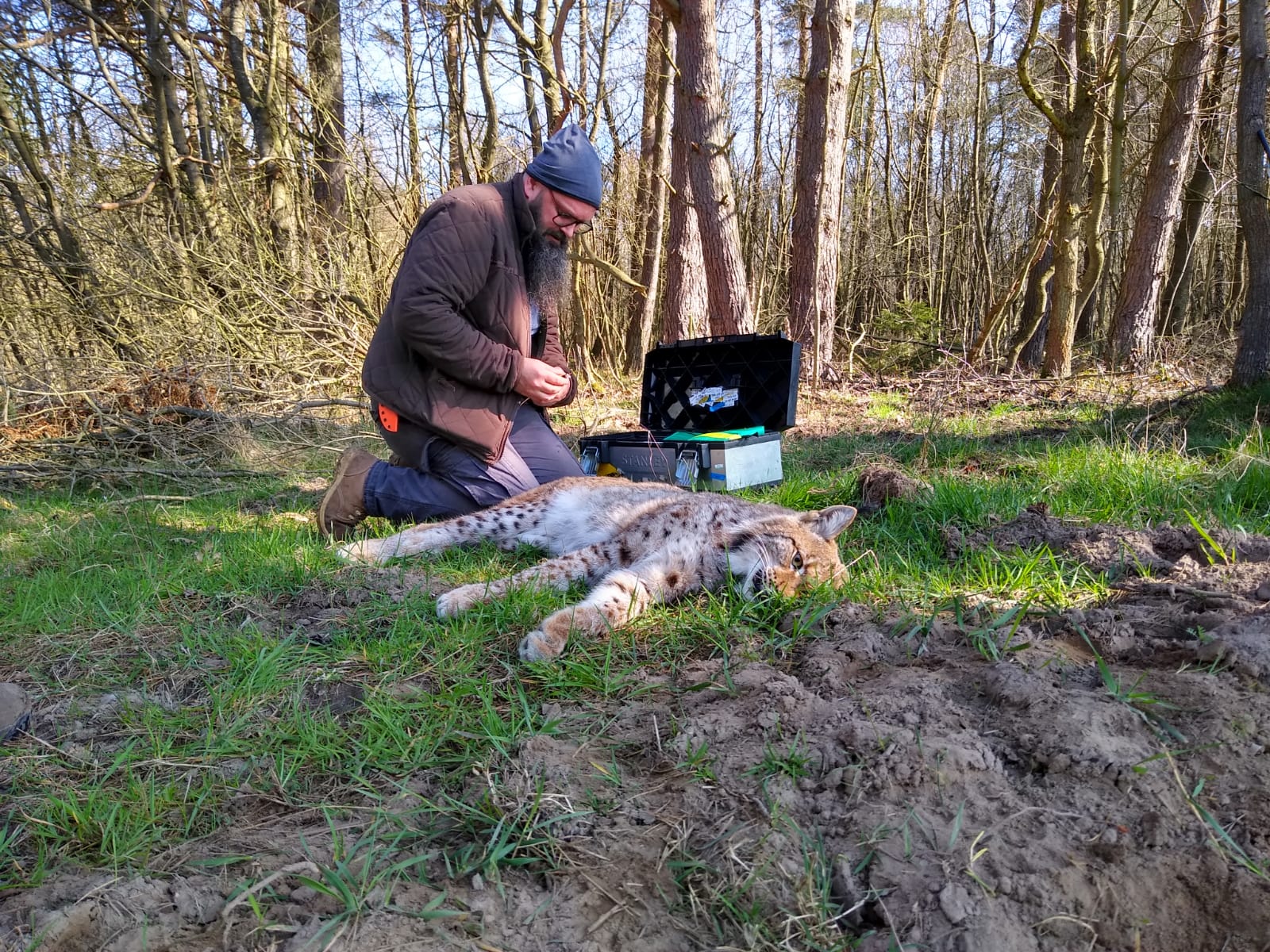 Rebuilding lynx population is based on work of many people. One of the most important tasks is to monitor lynxes after being released in to the wild. This task is done by Emergency Service, that is made of ZTP employes. Those are the people that are keeping watch over released individuals. They are making decision about time and date of setting lynx free from releasing yards.

Emergency Service work is based on data sent from telemetric collars and information received from local observers, mainly from local towns and villages. Crew members control places of lynxes residence, finding leftovers of hunter animals and sending those informations to data base. But their most important task is to react to situations where lynxes were included (accidents, unwanted behaviour of individuals, diseases). Members of the service are well trained and experienced and without problems they are capable of immobilize the lynx to change the collar or recover them from a sickness.

Recently one of the tasks of ES is recovering animals from Mange. Thanks to those interventions and later on treatement in Rehabilitation centre in Stobina, animals are being re-released as healthy  individuals. ES recovered and set free again 8 lynxes

Futhermore crew are making attempts to replace collars that stopped working . Team manager to successfully replace collars 18 times . Thanks to that we can continue to monitor and quickly react to different situations that require intervention

Emergency Service is also tasked to bring lynxes to project and adapt them. Interventions are being made in situations when lynx is being too close to humans properties, where animals are forced to move from the area, if the individuals are still appearing – they are receiving treatement. Fortunately, only small number of cases were registered. Emergency Service is really important group, that thanks to their abilities and experience were capable of intervining into every situation with lynxes with precision and efficiency

Recently work of ES became much easier thanks to new, second in this project off-road vehicle that was bought from money provided by Polskie Towarzystwo Ochrony Przyrody „salamandra” gathered by shop chain „Biedronka”. Those are sponsors, next to WWF Poland that are supporting financially project POIS.02.04.00-0143/16, „Return of the lynx to northern-western Poland”.