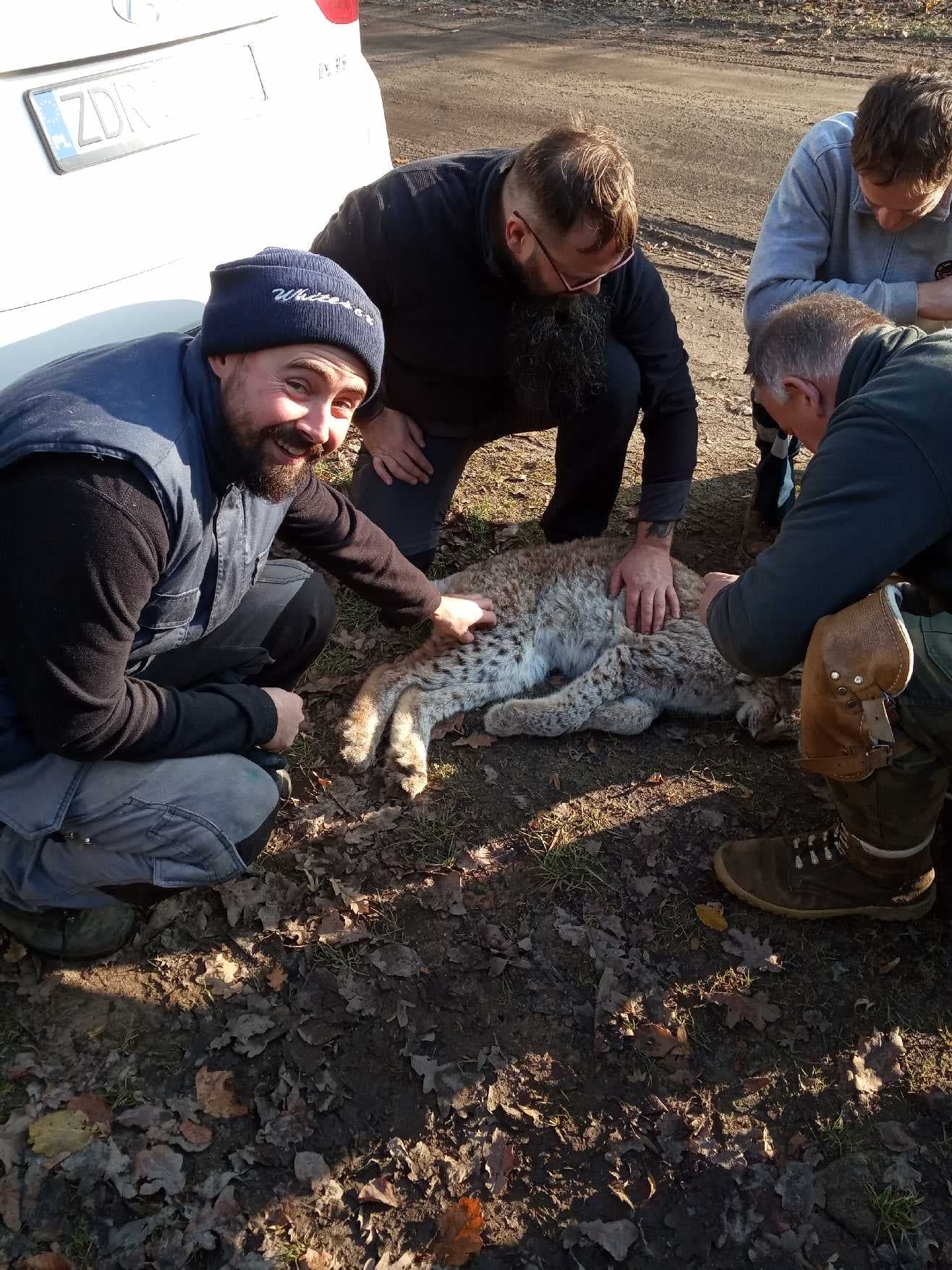 Some time ago we received a notification about lynx, which decided to visit a farm with chickens in the village of Pepłówek. The owner, Mr. Jakub Kasprzyński, reported the case to forest services, and this was directed to us. Quick intervention and exemplary cooperation meant that the animal was immediately caught and transferred to the adaptation pen.

This is the second case when the lynx, after being released, ventured into the vicinity of human settlements. In such situations, the reaction is immediate, for the sake of the lynx. Sometimes such things can happen - it should be remembered that we are not able to influence the direction of migration of released lynx, except for monitoring using a telemetry collar. Reintroduced lynxes are usually adults who were born in various breeding centers (one of the ways to obtain lynxes for the project 'Return of the lynx to northwest Poland'). When looking for animals to be released, in addition to the appropriate genetic profile belonging to the Baltic population of lynx, we pay attention to such behavioral features as, for example, timidity and aversion to humans. Although the selected lynx have the desired characteristics, it is difficult for us to find out, colloquially speaking, "what is the lynx in the head" 🐱. Lynx, which unfortunately went to the village, for example, are not written off. After being caught again, they go to farms in the middle of the forest, away from people, as in the case of the Nelly cat - this time allowed her a deeper adaptation to the environment and since then avoids people like the proverbial "fire". The other reintroduced lynx are doing great, thanks to constant telemetry monitoring (each lynx has a GPS and VHF collar), we see their migrations and slowly occupied territories - one lynx can have a territory of up to 150 km2!