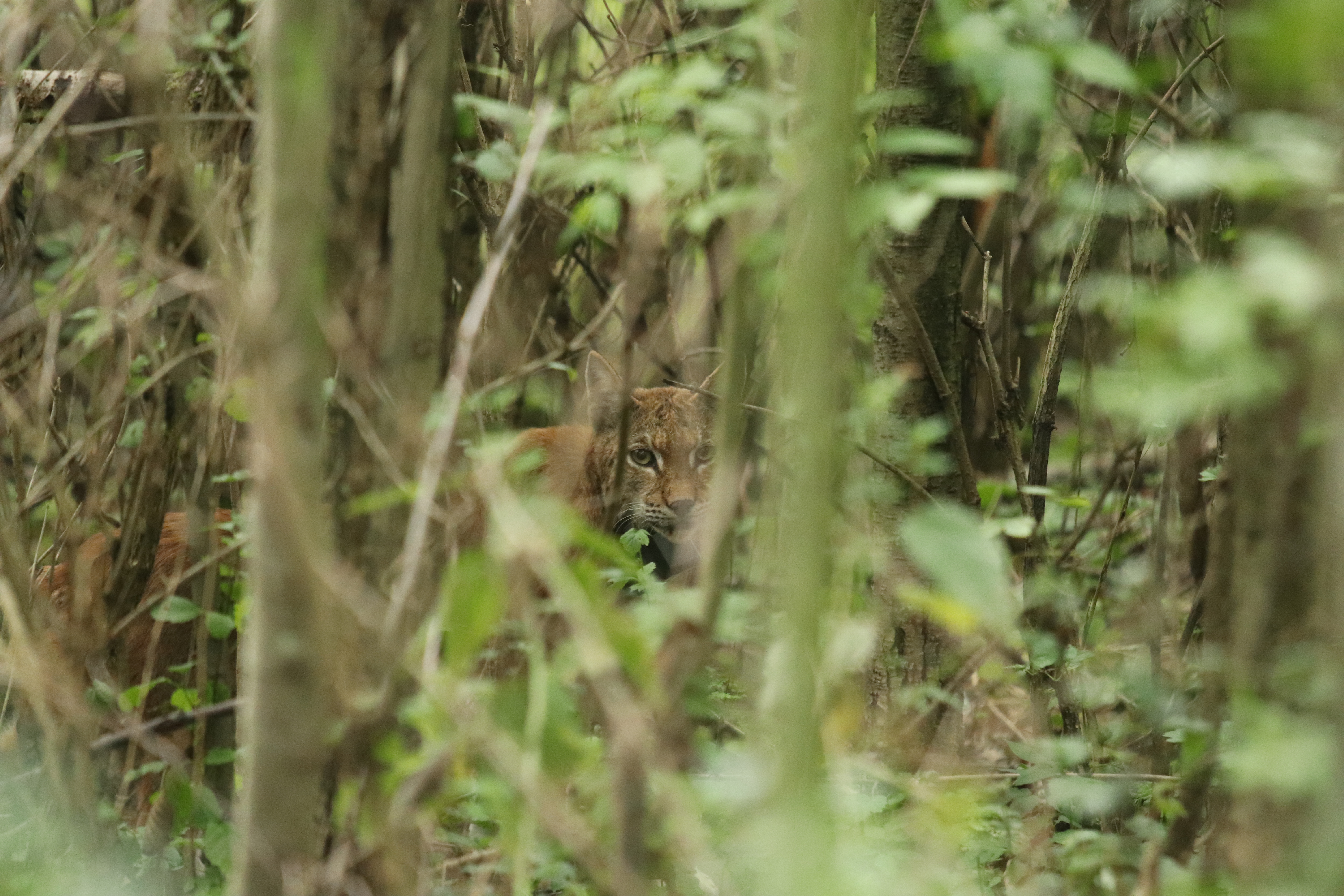 The lynx reintroduction project has been ongoing for 3 years now. We can track reintroduction lynxes due to worn on them gps collar.  The observation from telemtry data shows many things about lynx behavior.  There are lynxes that are eager to look for new areas and move quite far away from their training enclousure (in which they underwent an adaptation period) but there are also those that have settled a bit closer, in the surrounding forests, such as Nelly. The cat was released from the enclousure in the Mirosławiec Forest District and although she had various adventures in her life, she liked the forests of northern Wielkopolska.

While monitoring the progress in the wild, we had the pleasure of meeting Nelly many times. Once she was visible from a distance or  she "posed" for a photo on a hay bale! It was a well-thought-out action, as she was trying to distract us from a closely guarded treasure - her offspring! She gave birth to two kittens, and as the collected photos and videos from the camera trap indicate, they are doing well and are in good shape. Nelly is another female cat that gave birth to cubs in the wild.