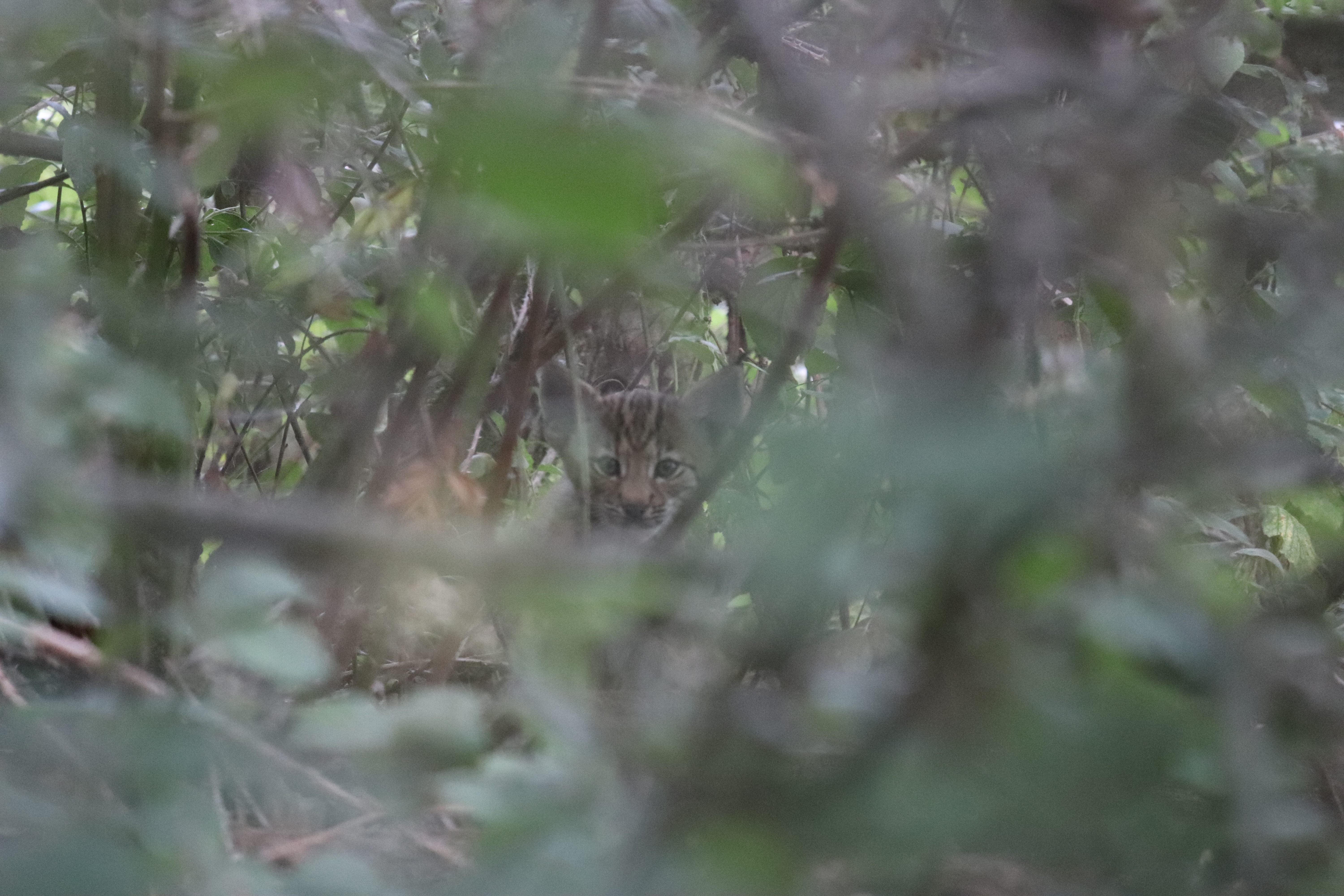 This is a historic moment in the history of lynx history in the north-western Poland!

One of our females released from the adaptive pen at the turn of February and March gave birth kitten! It was difficult to track her down - the cat was well hidden between dense, almost inaccessible bushes, but after many attempts we managed to find it - there was a big surprise to us! Female lynx were with a small kitten (at least one, difficult terrain and bad conditions of observation made it impossible to check there was more kitten). One of our employees, who was involved in field observation of reintroduced lynxes, risked a lot by following the photographs below. The females look after their kittens very well, so he tried not to get too close to not disturb mother and her baby. This happening is a signal to us that the success of reintroduction is going very well. We keep our fingers crossed for the lynx mom and her kitten (kittens)!