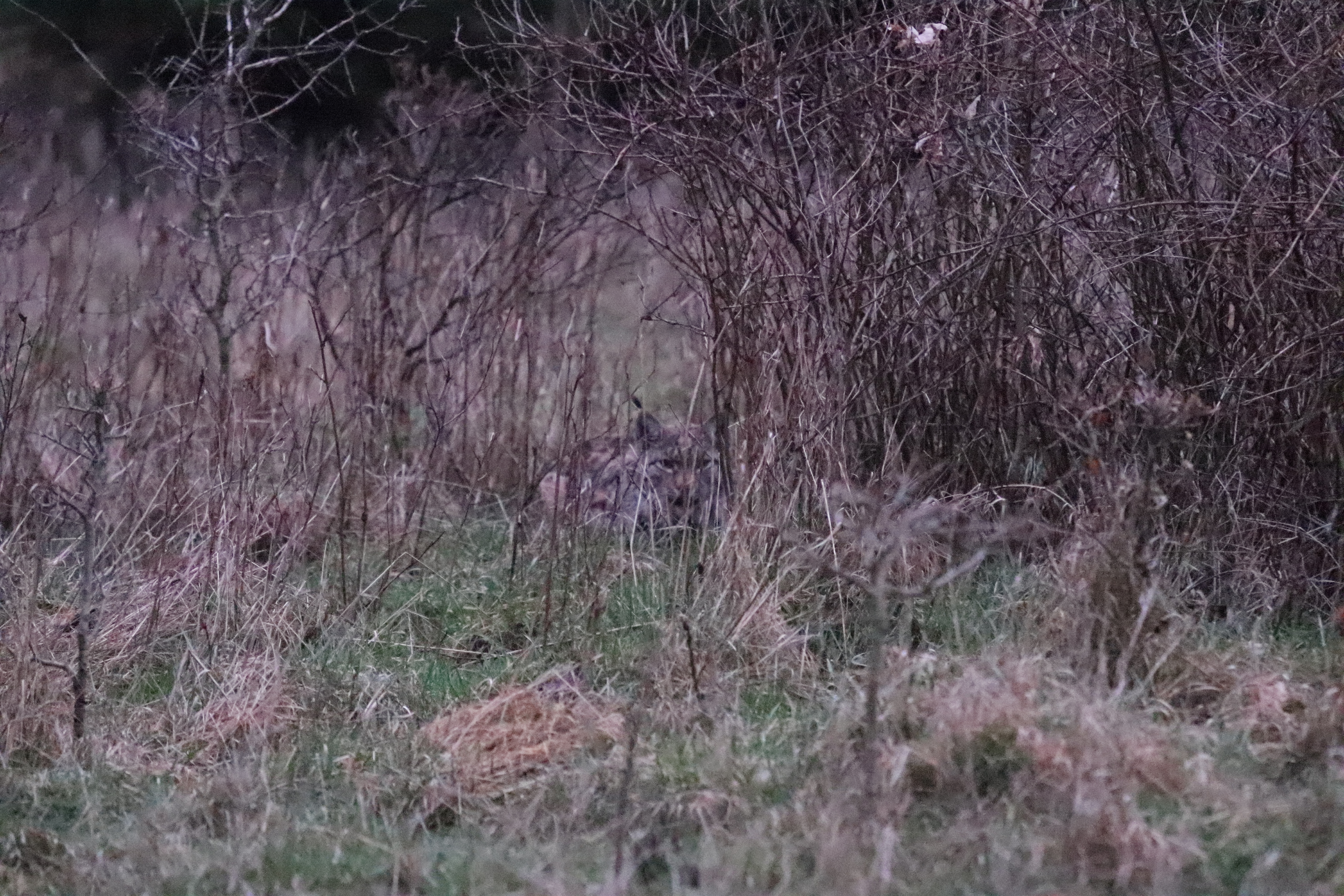 Cleo was released to the wild, from the adaptation enclosure, in February 2019 and at the beginning of summer she gave birth to a kitten. The lynx female looked after the young very well.

We are able to track her activity through this period,  because we put on her telemetry collar. Over the past year, she didn`t want to went for long distance, which was clearly related to the time of motherhood. Female lynx had to regularly provide food for herself and the kitten.

Usually lynx nests are well camouflaged, although they can change them often. One place can be used even for a month, if nothing disturbs the peace of the animals. Lynx during the first months of kittens life use even several nests at once.

At the beginning of February this year we decided to meet her in the wild, and look up how she`s doing. This time Cleo appeared without her offspring. When young lynxes get  mature, they become more independent and start looking for their own territory. Comparing Cleo's condition from a year ago, she looks really good and she is doing great in the wild. We present photos from a meeting with Cleo.