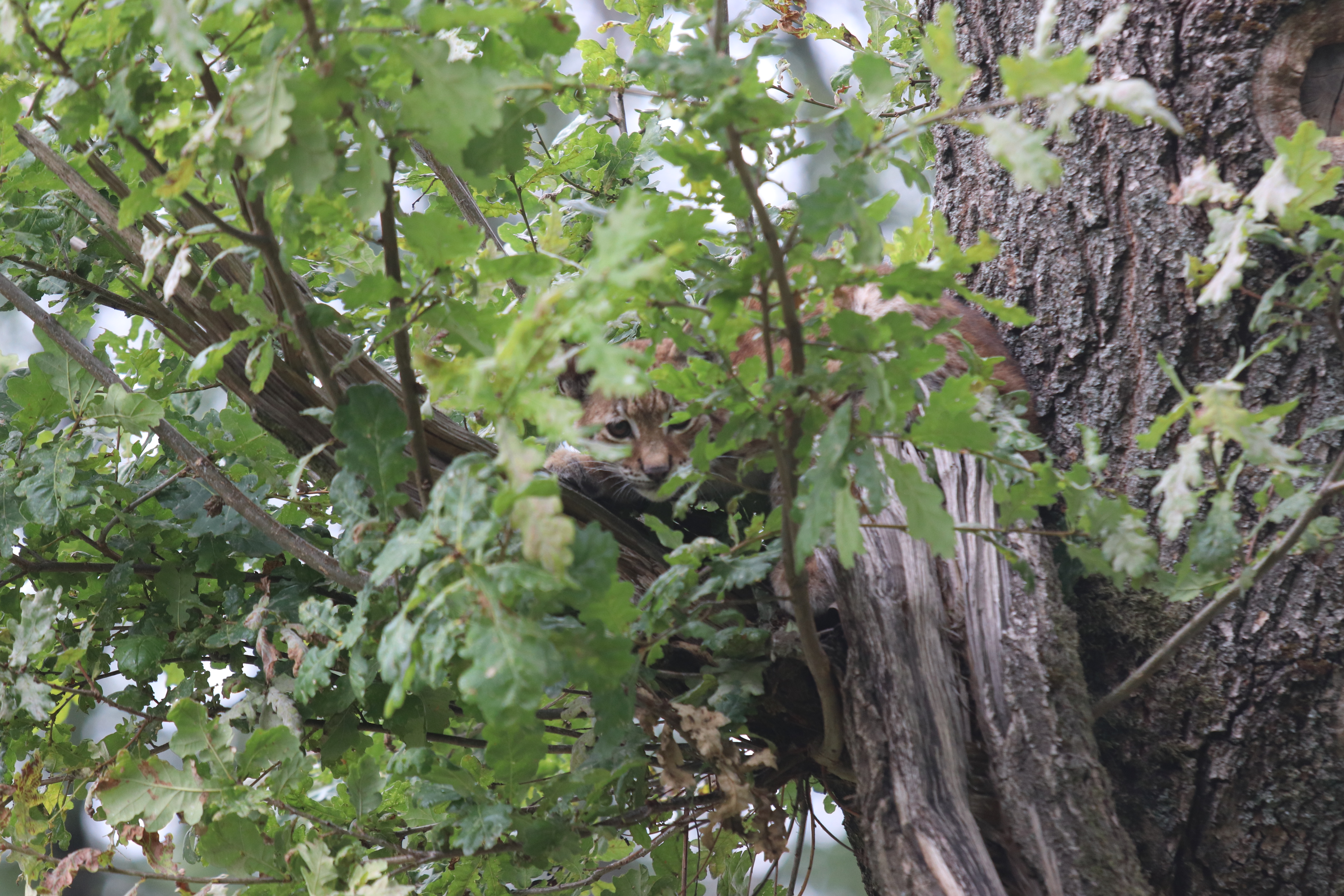 Jn July, we had plesiure to announce that female lynx- Gretta- became a mother. She gave birht only one female kitten. We had a great opportiunity to watched, how a small hairy cat turn into a pretty young female lynx. The Crayon- becouse she received the name, grew very fast and she need only a few month to be a full independent animal.

In the modified "born to be free" method adapted by us, Gretta and Crayon will be released together- this could reduce stress associated with changing envivromental and help young kitten learn from ther mother uesful skills like: hunting for prey or finding hidding places. By the first month, young kittens being with their mother. When they grow up, they start  playing thogether or  they finding some playfull stuff like leafes or branches. Meantime, when young lynx start eat a raw meat, they training hunting skills on catched prey. Mother and her kittens being together until to next oestrus season- young lynxs has got about 1 year old.When they leave family nest, they are well prepared for hunting and live in wild.