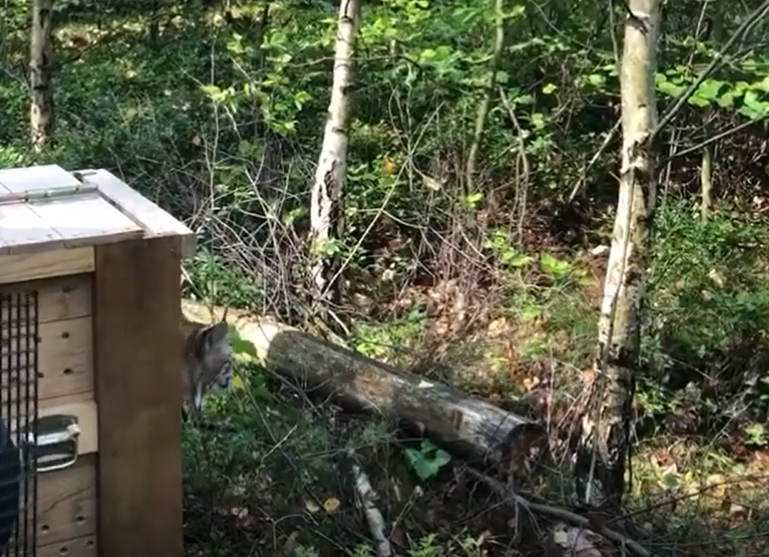 This is the first lynx in this area! Lynx female were released to adaptation pen, where she will be training her abilitys. We hope that it will not last long, this individual has got the features necessary for survival, such as timidity and does not  like human company (it   means that animal  will avoid us, which is extremely important for survival for these cats). Before releasing Moira, because that was the name of the cat, she received a telemetry collar,  which we can keep track of the animal's actions. Keep your fingers crossed for her :)