The return of lynx in north- western Poland- how it look like in practice? 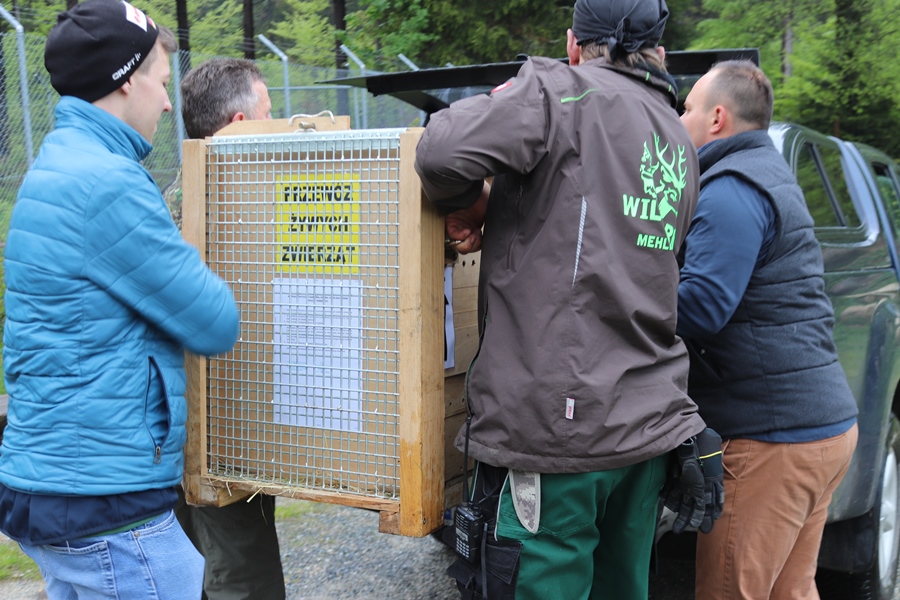 First method includes using lynxs who give birth in captivity ( breeding pen and adaptation pen ).  When they grow up, they will be release together with their mother (modified method "born to be free"). At this moment we don`t have any kind of this lynxs yet.

The second way includes trapping lynxs who are living in the wild and resettling them into our territories. Unfortunately, at this momment there is no possible way to use this method because there is no surplus of wild lynxs from Baltic population.

Finally, the third way is using lynxes from breeding centers. The lynxes endure a "savage training" period (we release them into adaptation pen during this period), then they will be relesed into the wild.

However before we bring the lynxes, we have to selecte animals due to project assumptions (genetics for baltic population of lynx). We take some hair samples from the lynx and send them for genetic testimg. In accordance with the decision of GDOŚ (The General Directorate for Environmental Protection), the results must clearly confirm that individuals, in terms of genetic diversity, do not differ significantly from the lynx occurring in the wild state, i.e. the "Baltic" population. After completing all the necessary prerequisites, the most important being the CITES certificate, we can begin to free the designated lynx.

And here begins the lynx adventure ...

We drive with our car to aquire our new lynx. We transport the animal in specialized containers that provide proper ventilation and through mounted cameras we can observe how our new animal behaves.

Each individual before transport is immobilized. During this procedure, we put on the lynx a telemetry collar and an implanted transmitter via a chip, allowing us to identify the animal. Lastly we test the animal to confirm his health and is dewormed and vaccinated against rabies.

The collar that we put on animals, have been designed in such a way, that they do not significantly affect the vital functions of the lynx. The transmitter is mounted on a leather belt, and the total weight of the device is up to 280g. The GPRS / GPS transmitter works for about a year, and the VHF radio transmitter operates up to 4.5-5 years. After this time the belt of the collar is self-destructing and the lynx loses the collar. We assume that some lynxes will be able to replace the collar with a new one beforehand.

Imported lynx go to the adaptation pen. Here they are subjected to "savage training". This consists of learning to eat food in a natural form and teaching the animal that man is his greatest enemy. We want the lynx in the wild to avoid contact with people. The period of "savage training" is determined by the individual's characteristics. Some lynxes need 2 weeks, others need 3 months.

So far, only one lynx displayed the necessity of its recapture. This lynx was again subjected to "savage training" and once again the animal was released - this time in another place. Today, the lynx, who has been in the wild for 5 weeks, is doing very well.

A very important stage of the project is the observation of lynxs in the wild. The first month after its release is the most important. We analyze data sent from the telemetry collars and also inspect the places where the lynx hunt for prey. If they can hunt 2-3 prey in a month, the animal is recognized as effectively restored to nature.

The return of lynx in north- western Poland- how it look like in practice?