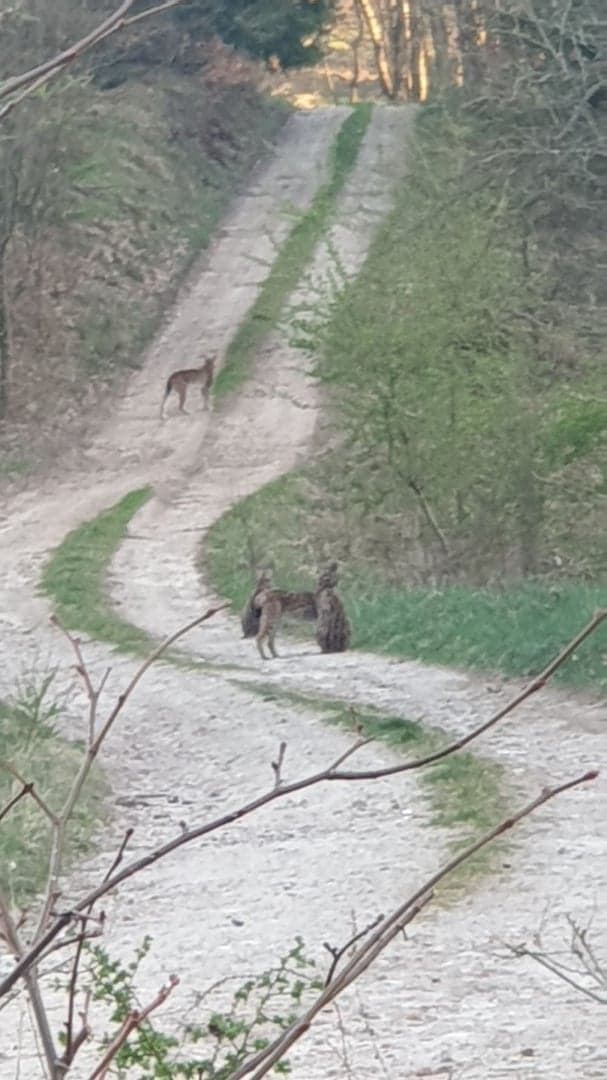 It is a challenge to meet a lynx in the forest, let alone photograph him. Mr. Zbigniew Mazurek was lucky to meet the whole cat family during the walk!

In the photo you can see mother Cleo (10 years old female), her son Simba and two kittens born in Poland in the spring of 2019, whose father is Rudy. Cleo and Simba were released in February and April last year. Their meeting in the wild is a great surprise for us.

Cleo and Simba came to Poland from Austria last year as part of the project 'Return of the lynx to north-west Poland'. These are lynxes who have already experienced the taste of freedom in Austria, thanks to an unsanctioned escape from their old park where they stayed. They were caught by employees in another park and after this, they were translocated to us. After an adaptation period, they were again released. Rudy, however, came to us from Germany, also as part of a project run by ZTP.

Thank you very much, Mr. Zbigniew, for sharing us  this photo below. 😊